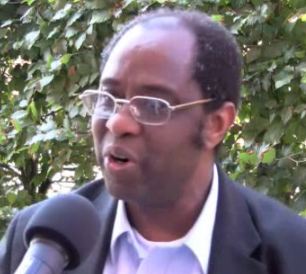 “We are touched by your humility,” says the letter signed by WCRC’s general secretary, Setri Nyomi. “The name you have chosen is a sign for us that attention to the plight of the poor and justice for all people will be important for you.”

The letter was issued following the announcement yesterday evening that the archbishop of Buenos Aires, Jorge Mario Bergoglio (76) has been elevated to pope by the conclave of cardinals meeting in the Vatican’s Sistine Chapel. Pope Francis is the first Jesuit pope and the first from the Americas.

“Our world today is in critical need of credible leadership which will challenge the forces of death as seen in injustice in the global economy, human disregard for the environment, militarism and violence,” Nyomi writes. “We hope as the pope you will model leadership that will contribute to transformation of the world.”

As Archbishop of Buenos Aires, the new pope was known as a defender of the poor and of economic justice. Though regarded as conservative on sexual matters such as the use of contraceptives and gay marriage, Vatican observers say that over time he has emerged as a human rights advocate. He is said to be close to the people and to have lived a simple life, taking the bus to work and cooking his own meals.

The pope is the first to have chosen the name Francis. His choice of name is being variously interpreted. Vatican commentators explain the choice as either a tribute to the missionary zeal of the 16th century co-founder of the Jesuit Order, Francis-Xavier, or as homage to the humility of Saint Francis.

WCRC maintains on-going dialogue with the Roman Catholic Church through its Office of Theology and Communion. Discussion centres on theological matters such as the sacraments of communion and baptism. The dialogue is expected to continue following the election of the new pope.

In a message from his home in South Africa, WCRC president Jerry Pillay says: “We rejoice in the election of the first Pope coming from South America where more than 40 percent of Roman Catholics are found. WCRC is very much focused on Christian unity, mission and justice and we would welcome further initiatives to work together on these issues in order to make a difference in the world.”

Pillay concludes his message by offering the pope WCRC’s prayers as he assumes office.

The text of WCRC’s letter to the pope follows.

Message from the World Communion of Reformed Churches

Dear Pope Francis,
With gratitude to God for your election as the Bishop of Rome and head of the Roman Catholic Church, we congratulate you. We received the news of your election this evening with joy. As we congratulate you, we also assure you of our continued prayers as you begin this major responsibility of your ministry in the Lord’s vineyard.

Your election as the first Latin American Pope signals for us an acknowledgement that the recognition of the Worldwide impact of the Catholic Church. We are touched by your humility. The name you have chosen is a sign for us that attention to the plight of the poor and justice for all people will be important for you.

Our world today is in critical need of credible leadership which will challenge the forces of death as seen in injustice in the global economy, human disregard for the environment, militarism and violence, particularly against women and children – unfortunately sometimes perpetrated even in the church. We hope as the Pope you will model leadership that will contribute to transformation of the world.

During the past 42 years, the World Communion of Reformed Churches and the Roman Catholic Church have engaged in a series of bilateral theological conversations on the presence of Christ in the Church and the world, our common understanding of the Church, the Church as a community of common witness to the Kingdom of God, and Justification and Sacramentality. It is our hope that in the coming years, the Roman Catholic Church, under your leadership, and the Reformed churches will harvest the spiritual fruits of this dialogue dedicated also to the healing of memories.

We would like to experience the Roman Catholic Church increase its ecumenical engagement. We would like to see your Papal tenure as an era of commitment to furthering how our churches live out the gift of Christian unity that we have received from the Lord.

On behalf of our President, Rev. Dr. Jerry Pillay, the Vice Presidents, Executive Committee, staff and the entire World Communion of Reformed Churches family, we congratulate you. As a sign of our praying with you as you take on the papal mantle, the World Communion of Reformed Churches looks forward to being represented at your installation when the time is determined. We will also seek an opportune time to visit you in the Vatican, to congratulate you personally and to continue to develop together directions of future cooperation.

We pray that you and the entire Roman Catholic Church will experience the best of God’s blessings during your papacy.