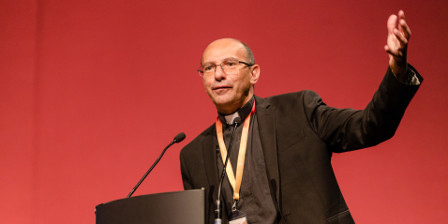 “Jesus was born under occupation, he spent his entire life under occupation and was crushed on the cross by occupation,” Raheb said in on 3 July, delivering a Bible study to the General Council of the World Communion of Reformed Churches, meeting in the eastern German city of Leipzig.

“How we can understand the historical Jesus without understanding what occupation means, what it does and how it controls life in its entirety?” asked Raheb, who until June had been pastor of the Evangelical Lutheran Christmas Church in Bethlehem for 30 years.

“Palestine, my country, has been an occupied country for most of the last 3000 years,” he said.

Raheb is the author of Faith in the Face of Empire: The Bible through Palestinian Eyes, which explores the role of empire for a Palestinian reading of the Bible, from the Babylonians and Egyptians, to the Romans, Ottomans, British and the state of Israel.

He said he was five years old when Israel occupied Bethlehem in 1967. “I know what living under occupation means,” said Raheb. “I can imagine what it meant for Jesus to be born under occupation, to live his entire life under Roman occupation.”

The Palestinian Christian was presenting a Bible study on a passage (Luke 4:16-21) where Jesus says he has come to bring good news to the poor, proclaim release to the captives and let the oppressed go free.

“This mission statement is highly political. There is nothing here about the salvation of the souls, but it’s all about liberation,” said Raheb, the founder and president of Dar al-Kalima University College of Arts and Culture in Bethlehem.

“Jesus here is not so much concerned by those captive by ‘sin’ but those jailed by the empire,” he continued.

In discussion with delegates following his presentation, Raheb said the whole of the Bible is struggling with the question of how to live under permanent occupation of empire.

Asked about the Israelis, he said it was important that “not only we as Palestinians are liberated but that Israelis are also liberated, as well because occupiers are not liberated. Occupiers are occupied by their own occupation.”

Throughout history, the Jewish people “experienced exile, a lot of pain and discrimination; maybe this is what Israelis and Palestinians have in common”, Raheb said. “Maybe this is why it is time to say, ‘Let’s put an end to this suffering. Isn’t 50 years enough?’”

The WCRC groups more than 225 Protestant churches with a combined membership of about 80 million Christians in over 100 countries.

When its Executive Committee met in Beirut, Lebanon, in 2015 it issued a call for global recognition of the suffering of all people in the Middle East and called on its churches for greater solidarity and action to help bring peace to the Middle East.

“This statement comprises a call to us to walk more closely with the churches of the region and to commit ourselves to support the Middle East Christians so that they stay, flourish and be peacemakers,” Chris Ferguson, WCRC general secretary, said at the time. 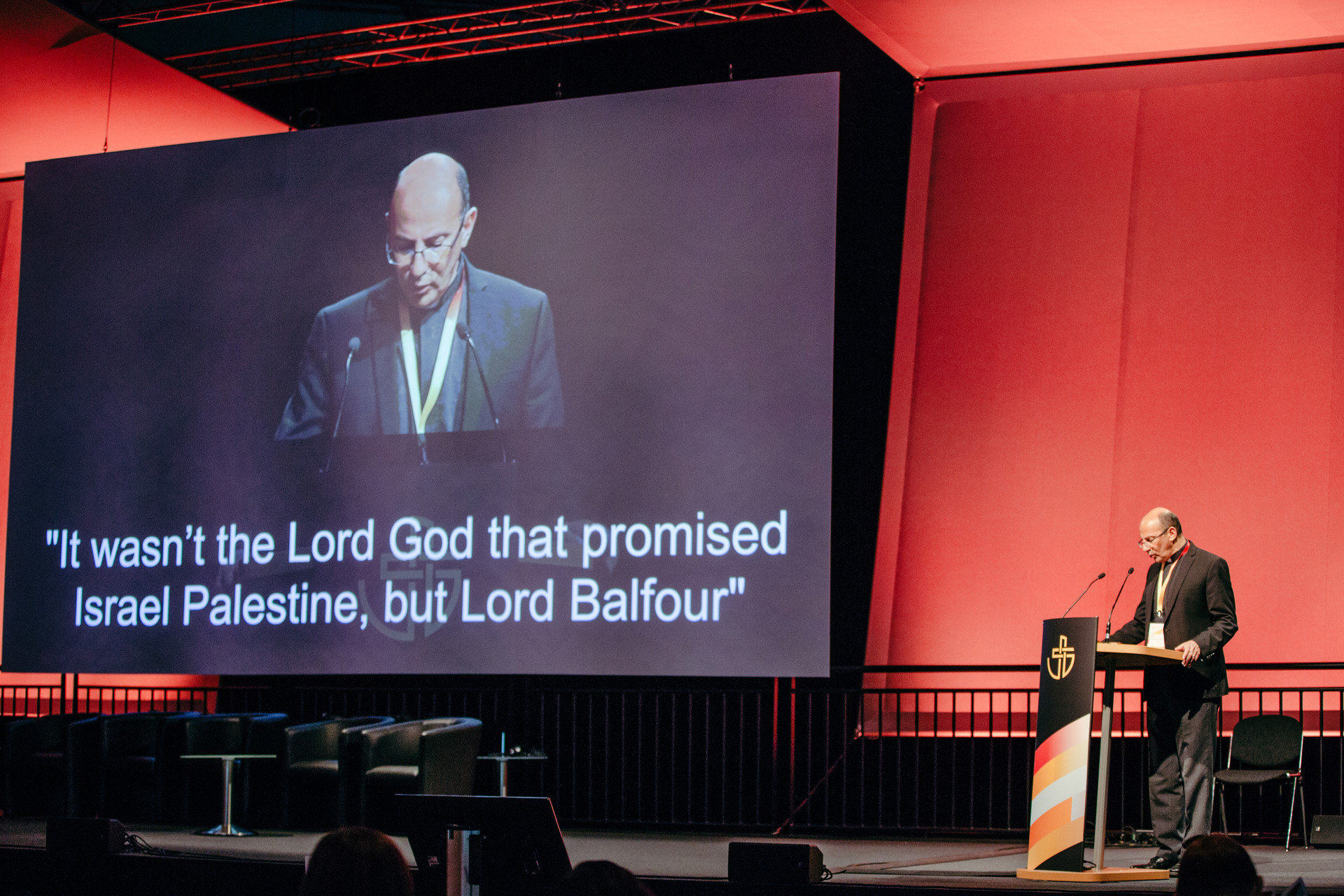