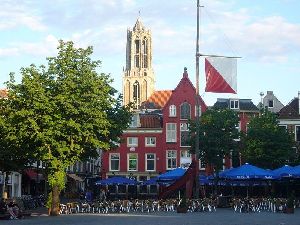 Members of the governing bodies of the World Alliance of Reformed Churches (WARC) and the Reformed Ecumenical Council (REC) will meet in joint sessions for the first time from 6 to 10 October in Utrecht.

The meeting includes WARC’s Officers and REC’s Executive Committee. They will work together to finalize a draft constitution, shape the structure and vision of WCRC and deal with numerous practical considerations. They will also launch a WCRC logo.

“This important joint meeting demonstrates the commitment of these two Reformed bodies to grow together in the coming months,” said WARC general secretary Setri Nyomi. “It is a great opportunity to meet our sisters and brothers in REC and to make concrete our dream of a new truly vital Reformed communion that will meet the challenge of God’s call to justice and unity in the 21st century.”

Added Richard van Houten, general secretary of REC, “It will be the first time the leaders of the two organizations will have to work together and they can send an important message to our members about how the cultures of WARC and REC will blend together, working for the common mission God has given them.”

Both general secretaries expressed their gratitude to the in the for hosting the meeting. WARC and REC leaders will worship in local churches on the day prior to the meeting, bringing messages from the home denominations from around the world.