The Executive Committee will be asked to consider whether the offices of the organization should remain in Geneva or move to the Euro zone as a cost-saving measure. The senior decision-making group will also consider plans for a major fundraising campaign to be launched later this year.

Plans for the future of the World Communion of Reformed Churches (WCRC) are the focus of a meeting of the organization’s executive committee scheduled for Indonesia in May.

Thirty committee members and advisors are to gather in North Sumatra, 10-17 May, to discuss programme priorities, the location of the office, and how to ensure stable financial support for WCRC’s core operational costs.

The Executive Committee will be asked to consider whether the offices of the organization should remain in Geneva or move to the Euro zone as a cost-saving measure. The senior decision-making group will also consider plans for a major fundraising campaign to be launched later this year.

Much of WCRC’s donor income comes from European countries where the unstable Euro is affecting currency conversion rates.

«It is a time of both challenge and opportunity,» says General Secretary, Setri Nyomi. «Like many organizations in the ecumenical movement, we are feeling the impact of the financial crisis.»

However, Nyomi points out that despite budget challenges, WCRC is benefiting from planning that led to approval of a seven-year strategic plan for the organization in 2011.

«The prospects for 2013 and beyond are promising,» says the Ghanaian theologian. «We have member churches and programme partners who are committed to WCRC’s mission of creating stronger links among churches and advocating for justice.»

Nyomi’s term as general secretary ends in April 2014. During the meeting of the Executive Committee, a committee will be named to search for his successor.

Reports from programme staff highlight initiatives for 2012-2013 that include training for young ecumenical leaders, developing a clearer identity for the Reformed church movement at the regional level, and an ongoing commitment to economic justice.

The meeting in Berastagi, North Sumatra is hosted by the Batak Karo Protestant Church (GBKP), one of WCRC’s 28 Indonesian member churches. The agenda for the six-day meeting includes worship with local congregations and an evening of orientation to the local historical and cultural context.

A conference of Indonesian churches to be held in Indonesia’s capital, Jakarta, prior to the Executive Committee meeting will address mission opportunities in the country. Delegates will also be asked to consider forming a regional association of WCRC member churches.

In June, the Global Institute of Theology will convene at Duta Wacana Christian University in the historic Indonesian city, Yogyakarta. Fifty-three young theologians and newly ordained clergy will engage in a three-week programme of ecumenical and interfaith studies designed to prepare them for church leadership in a globalized world.

Further information is available from wcrc@wcrc.ch 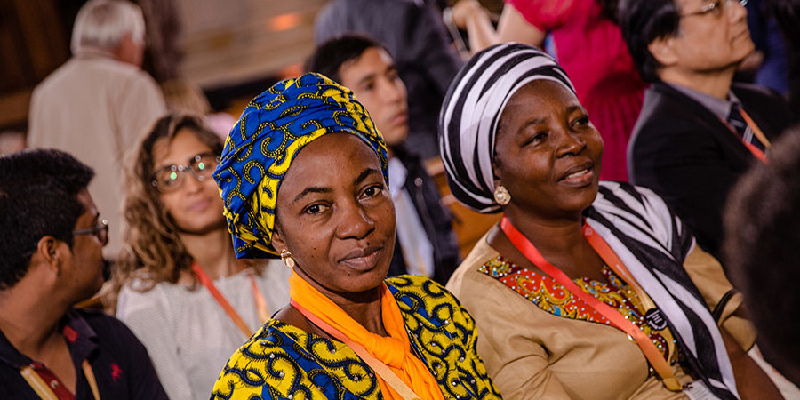